A journeyman (Wandergeselle in German), is an individual who has completed an apprenticeship and is fully educated in a trade or craft, but not yet a master - wikipedia

There is a great account of this over on theguardian.com

You can find another great contemporary account over at - robin-wood.co.uk

Journeymen tradition dates back to medieval times but is only really practised now in Germany and France - culture.fr

And a nice set of images depicting Journeymen arriving in Amsterdam at chiuki.com

To become a Master Craftsman, a journeyman has to submit a master work piece to a guild for evaluation and be admitted to the guild as a master.

In Germany such apprenticeships are becoming increasingly popular. It is not uncommon to meet young people looking dapper in full traditional dress in clubs and bars in Berlin.

Sometimes, a journeyman is required to accomplish a three-year working trip, which may be called the Journeyman Years.

During this time the Journeyman is not allowed to return home, or to the area in which he attended his apprenticeship.

The costume tells those in the know that he is a fully trained craftsman travelling and looking for work to broaden his experience. Different trades have recognisably different costumes. 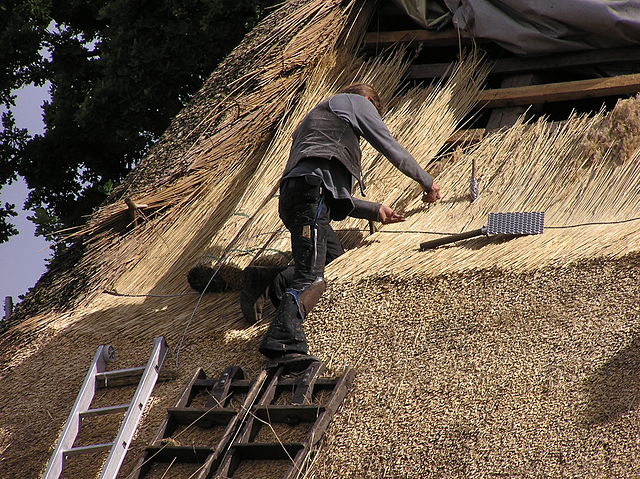 The profession of thatching is learned through apprenticeship in Germany - wikipedia

The costume serves to make it easy to get lifts when hitch-hiking, and it is a tradition for people to offer food and lodgings in exchange for some work. In a sense we aim to revive this tradition in the Viral Academy Residency Programme.

The ease of Hitch Hiking in Germany is sometimes attributed to the tradition of giving free rides to journeymen as they hitch from town to town.